So….. last Saturday at The Old Blue Last was a complete madness. Big up Rude Kid, Magic, all Dirty Canvas crew & all the massive who reached, touched mic & enjoyed the vibes. Big up the ‘clashing’ crew as well……. LOL. Dont forget to support Rude Kid’s Hypnotize EP and BUY IT NOW!

Click my pic below to view all pictures taken on the night. Big up Verena & all Kids Of The Underground massive on the photography hype. Follow them on Twitter too @kidsofgrime 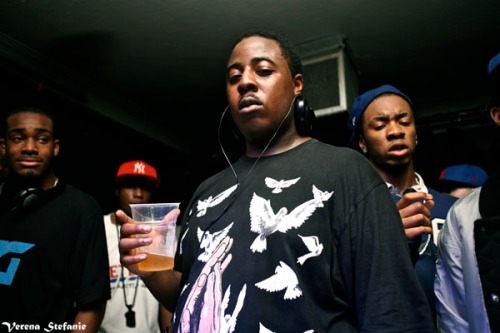 Now you’ve seen all the pics, time for the videos! Hang tight Scarcious and the Wicked TV massive on point as always with the vids. Follow them on Twitter @wickedtv

The Live PA of Kozzie’s “Destruction” (Spartan vocal) produced by me, Spooky…

Kozzie vs. Delusion while i’m on decks…

Hammer vs. Rival when Rude Kid was on decks…